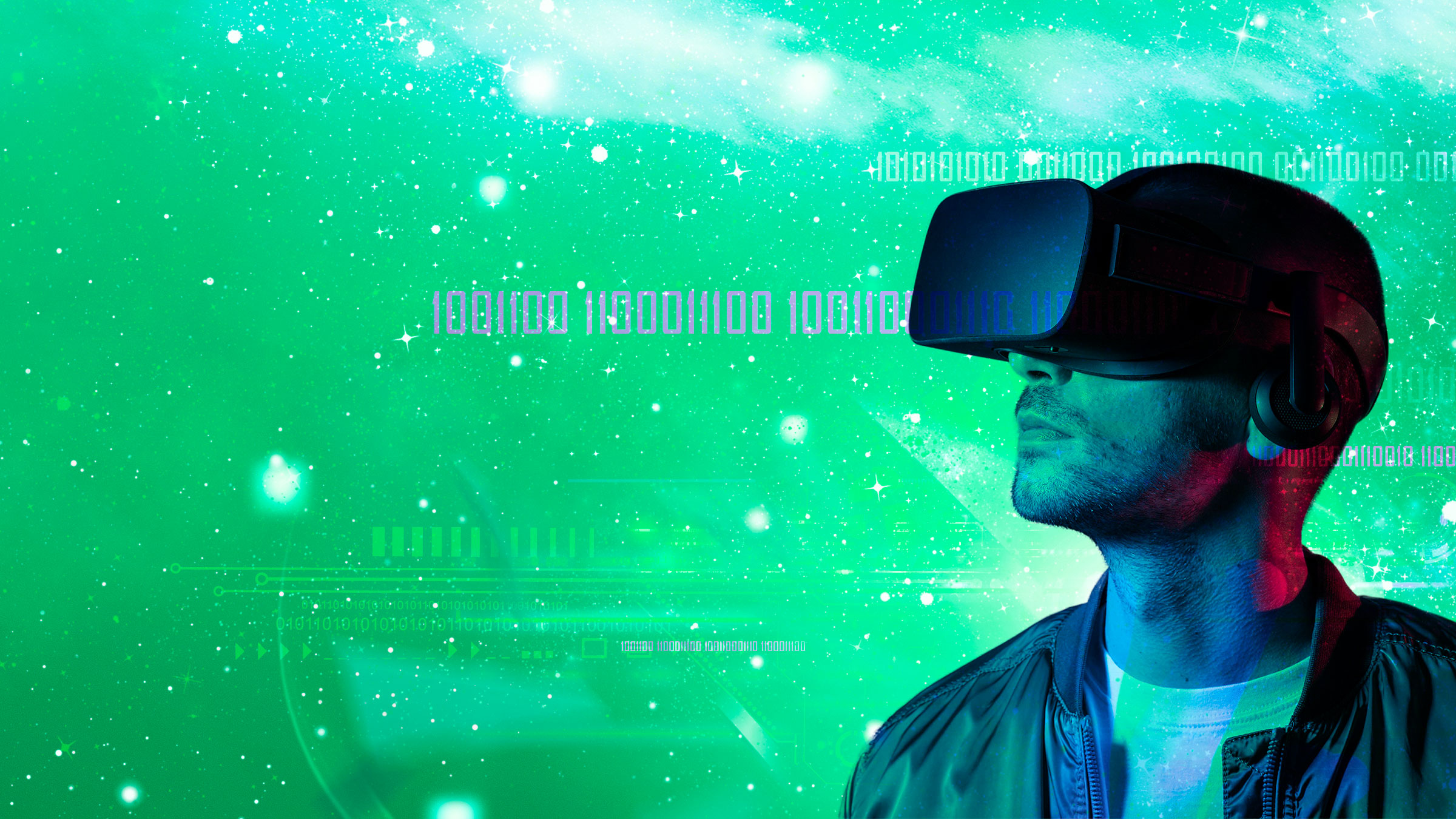 Apparently, earth has been in existence for billions of years. It has been proposed that there have been dozens of advanced civilizations created and destroyed before us.

It is hard to believe that there were thousands of years of struggling with rocks and sticks before we were capable of progressing technology so fast in such a short period of time.

I am 45 and I remember when I was a kid the math teacher yelling that I won’t be able to carry a calculator with me everywhere I go; but here I am with my calculator that takes photos, sends emails and text messages, makes video calls, finds my last car and pays my bills and does my banking and can even arrange my food and shelter while I’m busy doing “work”.

In all those billions of years, we have nothing much to show for it. Some hieroglyphics, some cave paintings, some artifacts we found, some stories passed down around the fireplace and a hell of a lot of theories. We speculate about how these unintelligent human beings could build pyramids or understand the universe. It is not possible. We discuss aliens and gods or other theories because we really don’t know. All we have is some forms of art that didn’t get destroyed.

Throughout history information and education has been controlled by those in power. It is important aspect of control is to keep your people dumber than you. Choosing who gets to access what information.

Fear and greed are the best motivators and all the way from the witchdoctor or a chief of a tribe through to modern day leaders and groups that control the information and choose who gets to access what and for what reason. They also get to choose what gets destroyed and rewritten.

Cave paintings and other forms of art are left to the eye of the beholder to interpret subjectively based on what they think is possible or probable. Their own bias based on their own learning and experience. Verbal teachings are susceptible to change. Many written texts and gospel have been interpreted many times and again changed in the process and in some cases destroyed.

Some of these ruined buildings, artifacts and pieces of art have lasted and survived the test of time due to their physical characteristics and that they are weatherproof to a certain degree. And must also be “fireproof”.

A lot of written history and art has been burnt. Throughout history. Books have been burnt. In most cases it was because the content did not suit the agenda of the current powers that be, or they felt the information was too dangerous to their power to allow the population to know.

In many cases they would destroy what they believed to be impossible or what they felt was the work of God through miracles and divine intervention.

Book burning timeline (not accurate, possibly because history was corrected, burnt or changed but you get the idea)

The religion of science

We are in an era of religion where “science” has replaced “gods” as the almighty creator. You can only quote from science, you can’t question science, you can’t debate the current findings or opinions, science can now be settled, and myths debunked, and fact check thoughts, ideas and opinions. If you disagree with science or interpret the results differently than that is blasphemy, you can be censored of course and even fined or jailed and possibly crucified for having a difference in opinion or wanting to investigate further.

We have lost so much knowledge so many times that we are in such an infancy of science. We haven’t even progressed to sock puppets and crayon levels yet, we are barely pointing and grunting. We have so much to learn. We are only just getting a grasp on basic chemistry and then we learn about our genome and then blow our minds to realize we are full of bacteria and fungi that make up our microbiome with 15,000 times the amount of genetic material in our gut bacteria as we do in us, then we discover we also have a “virome” a systemic slurry of viruses, some bad and some good, just like our intestinal microbiome.

We understand so little about physics that we may as well burn physicists at the stake for investigating witchcraft and sorcery as they are working with magic. The holistic interactions between our food, environment, microbiome, virome, in combination with our genetic make-up, our lifestyle habits and our moods that create our genetic expression and epigenetics is so deficient.

Yet unfortunately science requires funding and there is no return on investment in plants, fresh air and sunshine, or dietary and lifestyle preventative and therapeutic measures that anyone can do, and nobody can patent.

Scientific funding into natural medicine only goes as far as trying to identify active ingredients that be isolated and turned into patentable pharmaceuticals with suitable pharmacokinetics and pharmacodynamics. In the absence of these drug discoveries the investigation goes no further and there is an absence of data on that herbal material. On the other hand, when a successful ingredient is isolated in van be made into a drug and that herbal natural ingredient with a long history of use is over regulated.

Pharmaceutical research funding has now been sacrificed to fund immunizations and vaccine developments. So even less discovery into natural medicine is occurring.

At the same time anyone trying to make any nutritive, preventative, or therapeutic claims around food, herbs, spices, fruits and vegetables are being censored and the information is being deleted and destroyed or never gets published due to over-regulation and censorship. This knowledge is being burnt.

Mainstream media, social media and the narrative by trusted family professionals quoting science and labelling everything else as quackery, alternative or conspiracy theories.

There is very little new knowledge being generated around traditional herbal medicines and therapeutic foods and the interaction between the holistic systems including lifestyle factors and at the same time the existing material is being lost or burnt.

We are going through a modern-day book burning on a global scale. Folklore and traditional knowledge are not being taught. “Stolen generations” have broken the intergenerational chain of knowledge passed down in indigenous populations.

Traditional varieties of plants and heirloom varieties are being genetically modified to improve flavor and be pest resistant or tolerant to chemicals. GMO seeds and manipulation has changed our plants so much. Many of the traditionally active components are in thick skins and seeds and pulp or the bitter outer leaves and bark of plants. The seeds are now dominating the marketplace and the plants are changing and so are their properties.

It is important to preserve seeds and preserve information on the multitude of botanical compounds that was provided by the earth to sustain life on earth. We can’t allow for the burning of valuable information including botanical data and active ingredients that can be used for accurate identification and standardization along with preserved extracts or root stock and the non-GMO heirloom seeds.

What may the future hold

Moving into our next phase incorporating virtual reality to occupy / distract our minds while our physical body resides somewhere on earth.

Our attachment to earth is very important for our health. It makes up the holistic system that includes grounding /earthing and eating local and fresh and with the seasons for optimal health. Fresh air and sunshine is so important. Interacting with the earth and environmental microbiome to colonize beneficial microbes inside and out to prevent overgrowth of fungus and mold and it essential for us to utilize the plants provided by the earth to maintain the holistic system.

It is also very important for our spiritual plane. The spiritual plane is being severed by “science” as science is nowhere near evolved enough to understands the complexity of nature and can’t own it. And when someone can’t explain something through science, they will claim it be false misinformation.

It is essential for us to continue to “be human” in order for the continuation of the “human being” or we risk extinction.

We must be whole. A holistic system that includes our earth and what nature has provided for us. To preserve life on earth we must protect ancient knowledge and commodities for future use and research.

Through history rock paintings, hieroglyphics, art, spoken word have survived. Anything capable of being stolen and physically destroyed to remove evidence of its existence has been. Anything in public libraries, museums, and other physical collections capable of being destroyed.

Private collections, stories handed down from generation to generation have been preserved, but public information can be censored and destroyed.

Mainstream media and many media and social media platforms censor the information and will not allow people to educate the public.